Time-Management Lessons from a 3-Year-Old

Zak is my three-year old godson. He is the apple of my eye along with his sisters, Carley and Brenna. I was watching him the other day as he was preparing to assume a self-proclaimed role of ‘Master of the Universe’ while playing a game with some of his friends. I marveled at how prepared he was and how his plan included alternatives if there were any problems in the scheme of things.  He was, in fact, more focused on achieving his goal than just about anyone I’d ever met.

Then it hit me…Zak was mentally organized. Maybe some of my teachings had rubbed off on him?  After I snapped out of that delusion, I realized more than likely Zak was just being himself.

Here’s what an organized three-year old can teach us about improving our time management skills:

So take a cue. If you would like to become master of your universe and time management, take a cue from this three year-old. You just never know what might happen. 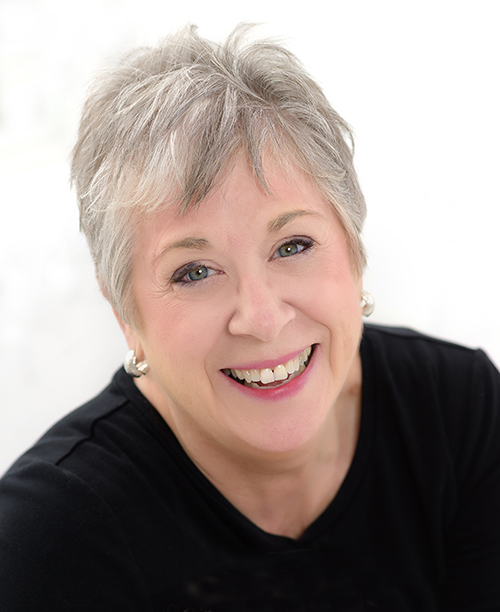 Cynthia Kyriazis is a productivity strategist, time management coach, and consultant. She guides leaders and star performers to make choices that create and sustain a productive mindset, and positively impact both personal growth and organizational profitability.

What Do the Eiffel Tower, Claude Monet and Executive Growth Have in Common?
Are You CEO Material? Take These Steps to Find Out
Are You Unknowingly Undermining Your Team's Creativity?
Struggling with Team Members Who Aren't Pulling Their Weight? Use these 4 Questions
Competition Or Collaboration: Which Will Help Your Team Produce The Best Results?
Time-Management Lessons from a 3-Year-Old
Four Tips to Ease Growing Pains for Your Team and Your Business
The 3 Best Tools for Developing a Team
It's Not Your Team, It's You--How To Tell If You Need A Leadership Coach Or A Team Coach
What’s the Best Way to Approach Executive Development?
Four Reasons Your Leadership Coach Could Also Benefit Your Team
"If You Can't Spot the Gorilla, Is There Someone on Your Team Who Can?" Published in Forbes
“3 Steps for Keeping the Negativity of Others from Affecting Your Leadership,” Published in Forbes
“If You Want to Lead Change, Start Thinking of Your Employees as 'Work Stakeholders',” Published in Forbes
“Strategies For Managing Employees Who Resist Change,” Published in Forbes
One Radical Idea That Will Transform Workplace Interactions
Want to Be a Master People Reader and Build Meaningful Relationships?
People Reading: Hollis Thomases founder of WebAdvantage.net
Be a Mentor, Not a Critic
Why Great Leaders Get Passed Over: 4 Reasons
For Entrepreneurs, Conversations Are All Business
10 Strategies to Make Startup Work Seem Like Play
Leadership and the Impact of Emotional Wake
Conversations for Employee Improvement
Tuning Into Remote Team Members
How to Respond When Conversations Get Too Personal at Work
Imagine Your Best Year
TED Talk: The Future of Talent@Work
The Key to Working With Anyone
Achieving Emotional Intelligence
Like It or Not: Everyone Negotiates Every Day!
Mentoring Inspires Employee Loyalty!
Change is everywhere!
Are You Inspiring?
Are You Internally or Externally Motivated?
Know Your Employees
Discovering What Your Team Members Do Well
The Importance of Individual Development Plans -- Part I
Conversations That Inspire Growth
The Importance of Individual Development Plans -- Part II
Maximizing Talent & Potential
Developing New Skills
Getting Unstuck
Giving Feedback That Isn't Positive
Conversations for Accountability
Developing Star Performers
Keeping Top Talent-Succession Planning
Under30CEO article "Want To Be An Inspirational Leader? 3 Pitfalls That Can Trip You Up"
3 Ways To Benefit From a 360 Survey
4 Steps For Improved Listening and Leadership
Pausing and Reflecting
Fast-Tracking Leadership: 6 Steps for Mastering Empathy
Getting a head-start on strategic planning
Choppy Seas or Smooth Sailing? What Kind of Emotional Wake Does Your Leadership Create?
Where Do You Want to Grow? Evaluating Your Professional Competencies
Conversations for Performance Improvement
Do You Know What Might Be Stunting Your Company Growth?
Want to Resolve More Conflicts? Use Better Tools
Captain Kirk or Mr. Spock? Why You Need Both on Your Team
Why Jon Stewart Doesn't Fear Losing Top Talent...And Neither Should You
Want to Distinguish Yourself? Develop Futuristic Thinking
Want to Stop Managing With Guesswork and Lead With Confidence?
How Do I Get Emotional Intelligence Fast?
Stop the Insanity. Resolve to Learn How to Manage Effectively
Create a Culture of High Performance Anywhere
Can You Control Your Emotional Wake?
6 Tips for Dealing With Change
How Assessments Can Make You a Better Leader
This Leader is Ready for Anything. Are You?
Use These 2 Mindsets to Foster Innovative Thinking
This Leader Bust Through a Growth Ceiling. Can You?
This Leader Creates a "Spirit of Winning" on Her Team. Do You?