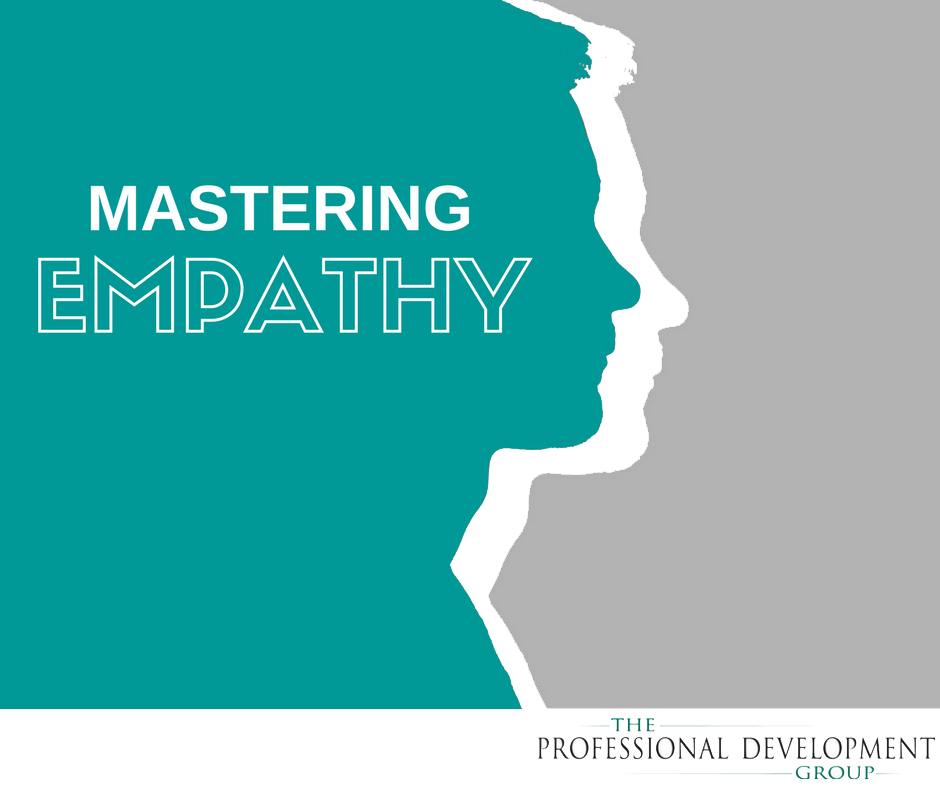 "What is empathy and how can I learn it FAST?" That was the question coming from the other end of the Skype screen. Eric's boss had just given him some performance feedback indicating that empathy would be the next leadership skill for Eric to master to continue on the high performers' track in his organization. Now Eric wanted a coach to guide him in developing this ability.

"Empathy," I explained, "is the ability to identify what other people are feeling."

It's important for leaders to understand that people are wired differently and can have vastly different emotional responses. For example, if I brought my puppy into a business meeting, some people would immediately feel joy and become energized by the temporary distraction. Others, however, may become annoyed about being taken off the agenda and feel stress over wasting valuable meeting time. When I leave with my puppy, the dog lovers will be awash in a positive emotion, while the agenda devotees will be stewing in negative emotion. Great leaders know how to tune into these differences among their employees and use this knowledge to intentionally build rapport.

To help Eric master the leadership skill of empathy, I advised him to follow these 6 steps:

For anyone who wants to get on the fast track of leadership development, the secret is to slow down and tune into other people's emotions. Practicing empathy will pave the way for more authentic communication around workplace issues and will also make it easier to build the connections that inspire loyalty and excellence.

Shawn Kent Hayashi Addresses Speaking Truth to Power on The Daily Muse
“3 Steps for Keeping the Negativity of Others from Affecting Your Leadership,” Published in Forbes
“Strategies For Managing Employees Who Resist Change,” Published in Forbes
Just in Time for Valentine’s Day – Get Emotionally Connected!
Middle Age Can Be Your Best Age – How to Say the Right Thing at Work When It Matters Most!
Celebrations Trigger Gratitude – Gifts to Say Thank You!
How Does Your Charitable Giving Connect with Your Brand?
Leadership and the Impact of Emotional Wake
What Does Success Look Like?
Advice I hope You Never Need: Using Emotional Intelligence to Navigate the Intensive Care Unit
Conversations for Change
Achieving Emotional Intelligence
EQ & Self-Awareness
EQ & Self-Regulation
Commitment, Action and Accountability
Are You Internally or Externally Motivated?
The Daily Muse "4 Career-Boosting Questions to Ask Yourself When You're Jealous of a Co-worker's Success"
How do you keep emotions--fear, anger, frustration--from derailing your career?
Integrating Emotional Intelligence Into Your Workplace Health and Wellness Program
Change Your Career Trajectory
Fast-Tracking Leadership: 6 Steps for Mastering Empathy
Choppy Seas or Smooth Sailing? What Kind of Emotional Wake Does Your Leadership Create?
Conversations for Performance Improvement
Raise Your Emotional Intelligence Quotient
Special Offer on EQ Assessments in February
Ready to Conquer Job Anxiety? Follow These 3 Steps
A Thanksgiving Story About Conquering Holiday Conflict
How Do I Get Emotional Intelligence Fast?
Stop the Insanity. Resolve to Learn How to Manage Effectively
Create a Culture of High Performance Anywhere
Want to Visualize Emotional Intelligence?
Can You Control Your Emotional Wake?
Gratitude and Emotional Intelligence
10 Steps to Conquer Your Fear of Public Speaking
6 Tips for Dealing With Change
Conquer Your Fear of Speaking Up to Your Boss
This Leader Creates a "Spirit of Winning" on Her Team. Do You?
Fast-Tracking Leadership: 6 Steps for Mastering Empathy | The Professional Development Group