Choppy Seas or Smooth Sailing? What Kind of Emotional Wake Does Your Leadership Create? 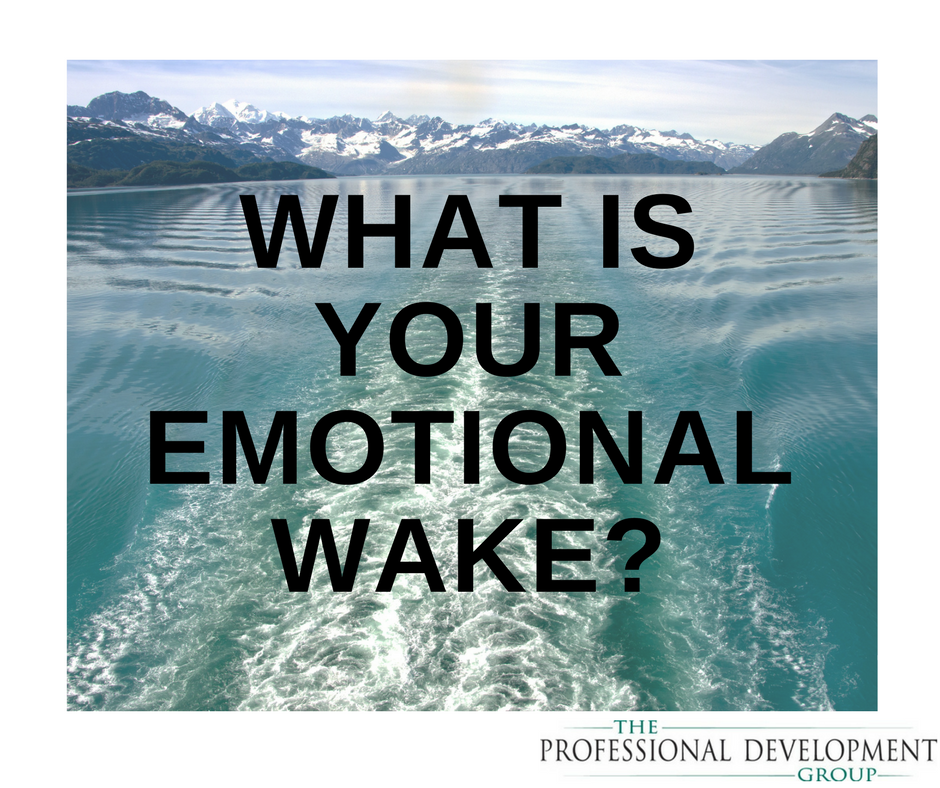 Like boats, people create wakes -- gentle swells of good feeling, ripples of draining negativity, or frothing waves of drama and crisis. These emotional wakes can either spur productivity or decimate it, which is why effective leaders learn how to control their emotions instead of letting their emotions control them.

Consider the seven core emotions--love, joy, hope, envy, sadness, anger, fear-- as floors of a building, and ask yourself which floor you reside on. Your answer is an indication of your emotional set point as well as the type of wake that people associate with you. If you love what you do and you're excited to go to work everyday, than you reside in the emotional set point of love or joy, and you're probably generating an emotional wake that inspires and energizes those around you. If you're locked into the levels of emotion related to envy, sadness, anger or fear, you are probably having a negative impact on energy and productivity. The key is to tune into your emotions, understand what triggers them, and make choices about moving yourself out of the negative and into the positive.

The first step in learning to control your emotional wake is self awareness. Know what you are feeling in the moment and understand what led you to that emotional state. If you're in the grip of anger or frustration, instead of erupting in an angry outburst, which will inevitably create further chaos and result in work stoppage, ask yourself who or what crossed your boundaries. Being aware of your emotional state, acknowledging the source of stress and irritation, is the first step in keeping it from affecting others.

Next, stop yourself from wallowing in a negative emotion. Letting your mind replay over and over the experience that lead to your emotional state will only keep you mired in it. Instead, refocus your attention on moving forward. Consider steps you can take to deal directly with the situation: evolve a plan to talk with the person who made you angry; take a break if problem solving has led you to a brick wall. Learn to self regulate your emotional responses so you don't get stuck in a negative mindset and communicate that outward.

Once you have tuned into your emotions, track them throughout the day for a period of time. Ask yourself, "What am I feeling right now?" Get a sense of which emotional state you tend to reside in. Pay attention to the kinds of stories you tell. A woman I knew tended to share news stories about people being victimized, not realizing the negative emotional wake she generated with these stories. She was like the Debbie Downer character from Saturday Night Live, draining good feeling and positive energy away from her team, and making their shared task more difficult.

Walt Disney once said, "It's fun to do the impossible." This kind of attitude generates emotional wake that inspires collaboration and innovation. Leaders of star-performing teams understand their own importance in influencing workplace culture; they know that to embrace challenge and spur achievement they need an EQ (Emotional Intelligence Quotient) as high as their IQ, and they need to be firmly in control on their own emotional wakes.