Competition Or Collaboration: Which Will Help Your Team Produce The Best Results? 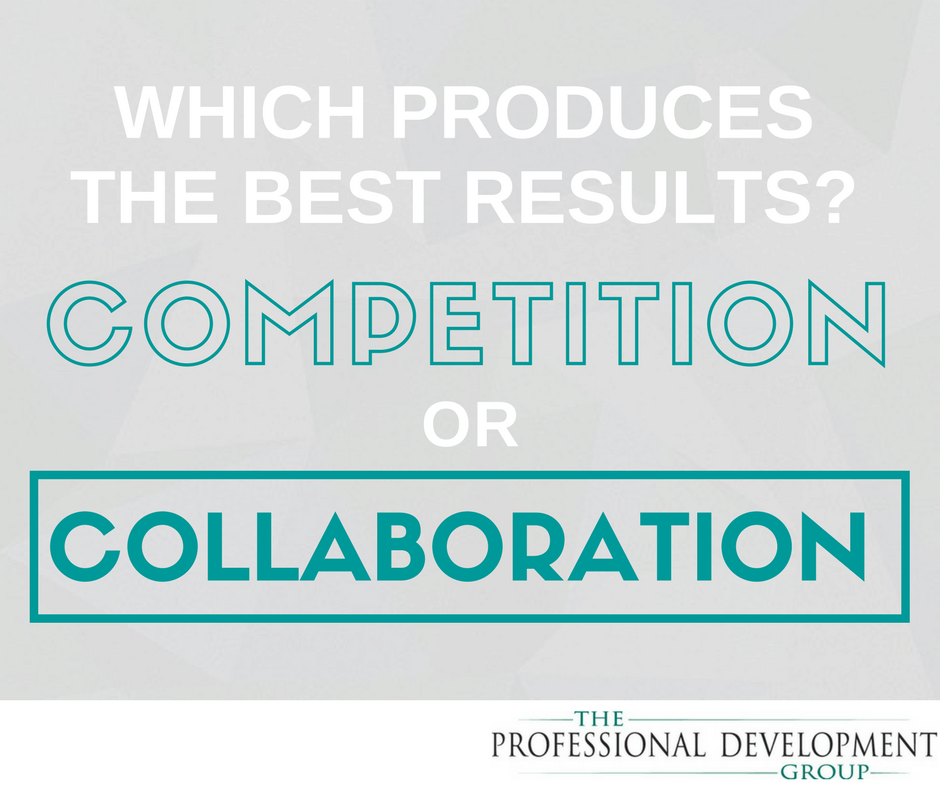 What makes for a better work culture: competition or collaboration?

It’s a question C-suite executives are asking with more frequency — perhaps because reported rivalries among White House staffers have them wondering about the most effective approach for their own leadership teams. Does encouraging rivalry result in everyone bringing their A-game?

When the executives I work with ask me this question, I answer by sharing a story from my own personal experience.

At one point in my career, I worked for an organization where the CEO created intense competition among the leadership team. He even hired two people to do the same job and didn’t tell them. His intention was to decide which one was best and to fire the other.

Did the tactic work?

Hardly. Instead it created a culture of back stabbing, in-fighting and resource hoarding. No one on the leadership team trusted each other. I watched talented people walk out the door, and then I did the same.

If you want to create a culture that will produce breakthrough results, collaboration trumps competition by a long shot. You want people to understand what their individual strengths are so they can pool those strengths and move toward a common vision.

Once collaboration is in place, people are much more trusting of each other, more willing to stretch themselves and more likely to create amazing results.

The opposite happens when competition starts showing up. People hoard systems, information and support staff. They’re less likely to share all kinds of resources — physical and intellectual. Those who see solutions for problems don’t share them until they can be sure they’ll get the credit. It’s impossible to get to the best ideas when people refuse to share and work through thinking together.

When competition is in play, people don’t trust each other enough to authentically create stretch goals that will enable everyone to grow beyond where they are now.

If you sincerely want a group of people to be high-performing together, you don’t want to create a culture of internal competition within the team.

That being said, I have seen other organizations who use healthy competition between teams to produce cutting-edge ideas. In these cases, two or three teams were charged with doing the exact same thing. They knew the other teams existed, but these teams didn’t share resources (budget, people or ideas) across the groups. Each team wanted to get to the end result on its own to be the winner.

This kind of competition between teams can create an intensity that generates powerful results for an organization. When you do this, you need to be transparent, and you want to clearly establish that they’re all working toward the same goal that will ultimately benefit the whole company and everyone in it. It’s also a good idea to let people know ahead of time that those teams will be shuffled up into new groups when the competition is over and then everyone will be expected to share best practices with each other.

Ultimately, you want to create a workplace culture where people freely share information, opinions and perspectives. The best way to achieve that is through building trust and emphasizing collaboration, not competition.