Having engaged in innumerable conversations and having read dozens of conversation tips we thought, who better to help answer this question than the people who read our Conversations Tips, so we threw the question out to you. So consider this a collaboration in which we co-created this Conversation Tip with you our readers. We have all heard the old saying, never talk about religion or politics, and here are a few other things to avoid if you hope to be considered a good conversationalist.

While many people, especially extroverts, love to meet new people and gain energy from such interactions, don't rattle off several questions like an interrogation or get into someone's face by leaning in too close and expecting a faster conversation pace than they are comfortable with. Instead be relaxed, allow pauses between comments, and let your body language show you are listening.

Don't...Think it's only about what you say

In a conversation you want to be engaged, interested, and open to the person you are talking to. Some things people do which negatively impact their conversations with others include:

Slouching or not having good posture

Instead use your body language and tone of voice to project your interest. Face the person who is speaking, look them in the eye for five seconds before moving your eyes and then coming back to theirs.

Dwelling on depressing stories, failed relationships, or uncomfortable topics will cause people to avoid you. Don't complain or emphasize the flaws in yourself and unless you are someone's manager, avoid bringing up the flaws in others. Instead, talk about things that inspire and lift you up and share ideas that will take a project forward not keep it stuck in problems of the past.

Avoid distractions because that will just make concentrating on the conversation difficult. If people watching usually distract you, let your peer take the window seat with the good view; you can people watch when you are by yourself later. While we are probably accustomed to checking our phones constantly, put your phone on silent and put it away during conversations so you are not tempted to check email or text messages. The best way to avoid losing focus is by eliminating the distractions and taking notes of what is being said.

Don't...Try to be a comedian

Don't test jokes with new people unless you know their sense of humor. Something you think of as a joke could be seen as offensive to others and it is better not to chance it, especially when you are beginning conversation with new people.  Instead share a story about yourself or an experience that you had that was amusing.

By now, hopefully you have broken the bad habits of using filler such as "like" and "um" every other word, biting your nails, and chomping on gum. Even if you get nervous try to avoid falling back into these bad habits.   Instead observe how the leaders in your organization carry themselves and model their professional behavior.

Don't...Hog the limelight when you are not the star presenter for the meeting

The purpose for having a conversation is to exchange information and thoughts with others, not to deliver a monologue. Ask the person you are talking with questions. Talk for two or three minutes and then ask a question to engage the other person. Don't say things that make the other person feel demeaned in any way. This can be as simple as dismissing something he or she is saying as trivial or insignificant. Instead make your next conversation an adventure -- imagine yourself as an explorer and you want to discover interesting things about the person you are talking to and what new ideas they may have.

Don't...Make it an argument or debate

Avoid sensitive topics that will spark a debate or disagreement that are not related to the meeting agenda. Instead be open and non-judgmental. Allow others to have and express opinions that are different from yours. If you pass judgment on the other person, doing so may shut them down, which will make carrying on a meaningful conversation difficult. Even if you disagree with something, avoid beginning your response with the word "No" or "That is not right." Instead, begin with phrases like, "that is an interesting perspective, are you open to another way of thinking about this?" Watch for a nod and then share your point of view. When both people do this they keep the conversation going and each person is able to stay engaged and open to new ideas. Listen to what the person is saying instead of using the time to think up a good rebuttal or response. By doing this you might just realize that they have valid points worth considering too!

Meaningful conversations create win-win scenarios where both parties benefit. If the person you are talking to shares an accomplishment you don't have to share a bigger, better accomplishment of your own. This will not impress them. Rather, it will be off-putting. Instead, acknowledge other people's accomplishments, encourage them. People like people who leave them feeling good about themselves.

Don't....Be too worried about the conversation

Do you ever leave a conversation not being able to remember anything about the person you just talked to? Did you already forget their name? Maybe you weren't listening well. People often get nervous during conversations, especially with new people. When this happens you often fall into a pattern - ask a question, think about what you want to say next about yourself, think about another question to ask, repeat. Listen to what the other person is saying, and let the conversation flow naturally. This is easier said than done and it makes for better conversations. Practice over and over until you master this ability -- it is not learned in one day.

We'd like to close by thanking everyone who contributed their thoughts and ideas, which helped us write this tip. Thank you for sharing your ideas with us about how you turn those awkward, weird, and odd conversations into something meaningful! We appreciate your contributions. 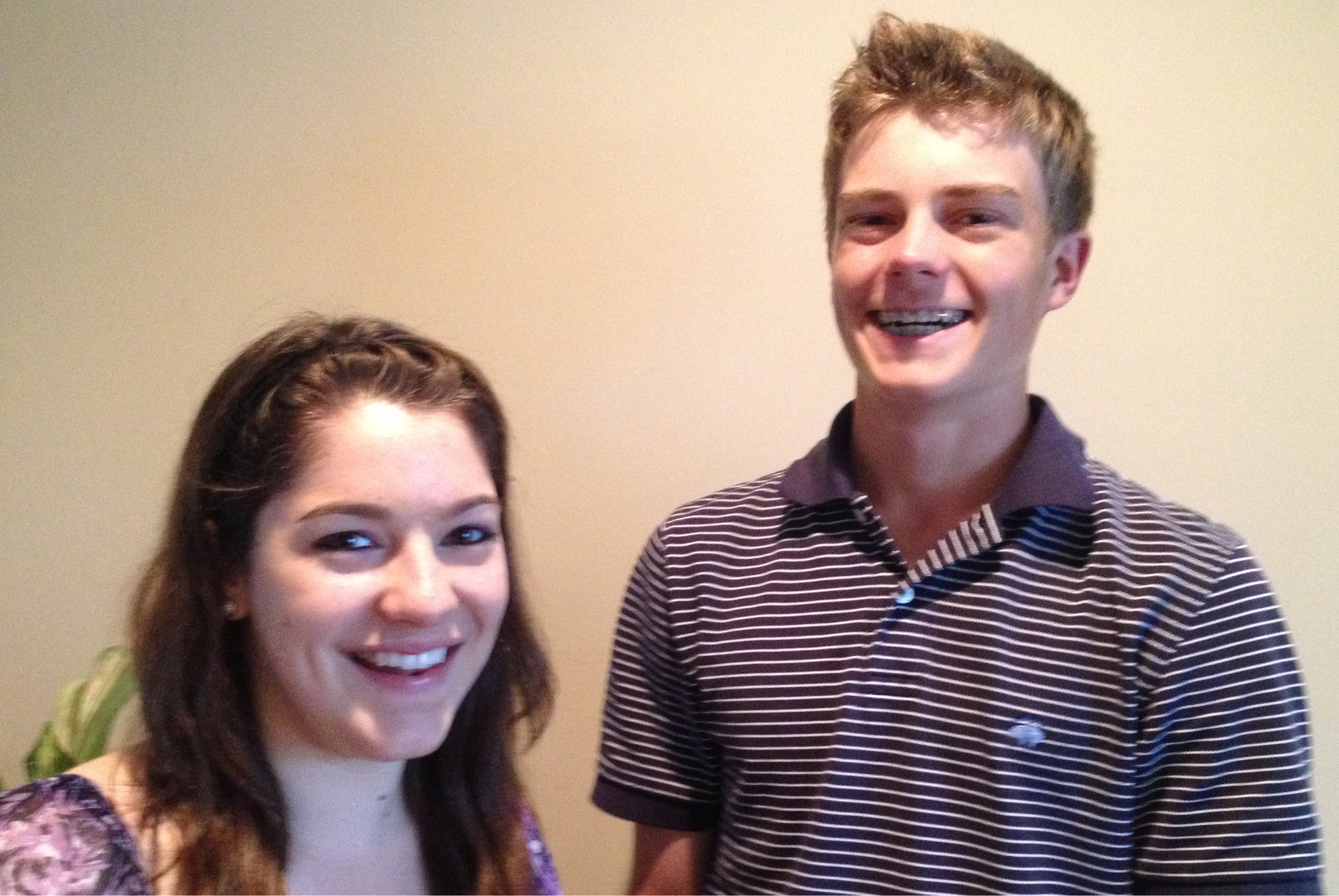 Are You Unknowingly Undermining Your Team's Creativity?
Are You Making These Communication Missteps? It Takes Two To Tango
"Six Bad Conversation Habits & How to Fix Them," Published in Forbes
Shawn Kent Hayashi Addresses Speaking Truth to Power on The Daily Muse
Middle Age Can Be Your Best Age – How to Say the Right Thing at Work When It Matters Most!
One Radical Idea That Will Transform Workplace Interactions
People Reading: Hollis Thomases founder of WebAdvantage.net
Ready to listen so others feel heard?
For Entrepreneurs, Conversations Are All Business
10 Strategies to Make Startup Work Seem Like Play
Conversations for Employee Improvement
Valuing Quiet Team Members
Tuning Into Remote Team Members
How to Respond When Conversations Get Too Personal at Work
Conversations for Change
Mistakes in Influence
Using the Grapevine Are You Creating Vinegar or Sparkling Wine?
Crossing the Line
Surprise! Communication Disaster
Phrases & Questions to Start a Conversation
Conversations for Appreciation
EQ & Self-Regulation
Commitment, Action and Accountability
Conversation for Commitment
Conversation for Action
People Reading
Preferred Communication Styles
Communication Styles
More on Conversations for Creating New Possibilities
Conversations for Creating New Connections
Create a Conversation for New Possibilities
Time for Conversations for Connection
Giving Feedback That Isn't Positive
Chit Chat, Small Talk & Relationship Building
Conversations for Accountability
Turning Conversations Don'ts into Do's
Under30CEO article "Want To Be An Inspirational Leader? 3 Pitfalls That Can Trip You Up"
4 Steps For Leading Teams Through Complexity and Conflict
Working Mother Magazine "So You Made a Mistake..."
How do you keep emotions--fear, anger, frustration--from derailing your career?
My boss does not listen to me. What can I do?
Afraid to Speak Up In Meetings? 7 Tips for Talking Out
4 Steps For Improved Listening and Leadership
Change Your Career Trajectory
Conversations for Performance Improvement
2 Ways to Get Your Boss & Your Team to Listen to You
A Checklist for Authentic Communication
Are You Inspiring Others & Growing Your Relationships?